CESSDA started its journey to become an ERIC (European Research Infrastructure Consortium) in April 2015. Through a two–step application and after two years of efforts, the European Commission awarded CESSDA with the ERIC status on 12 June 2017 (see the Commission Implementing Decision (EU) 2017/995 of 9 June 2017 setting up the Consortium of European Social Science Data Archives — European Research Infrastructure Consortium (CESSDA ERIC)). 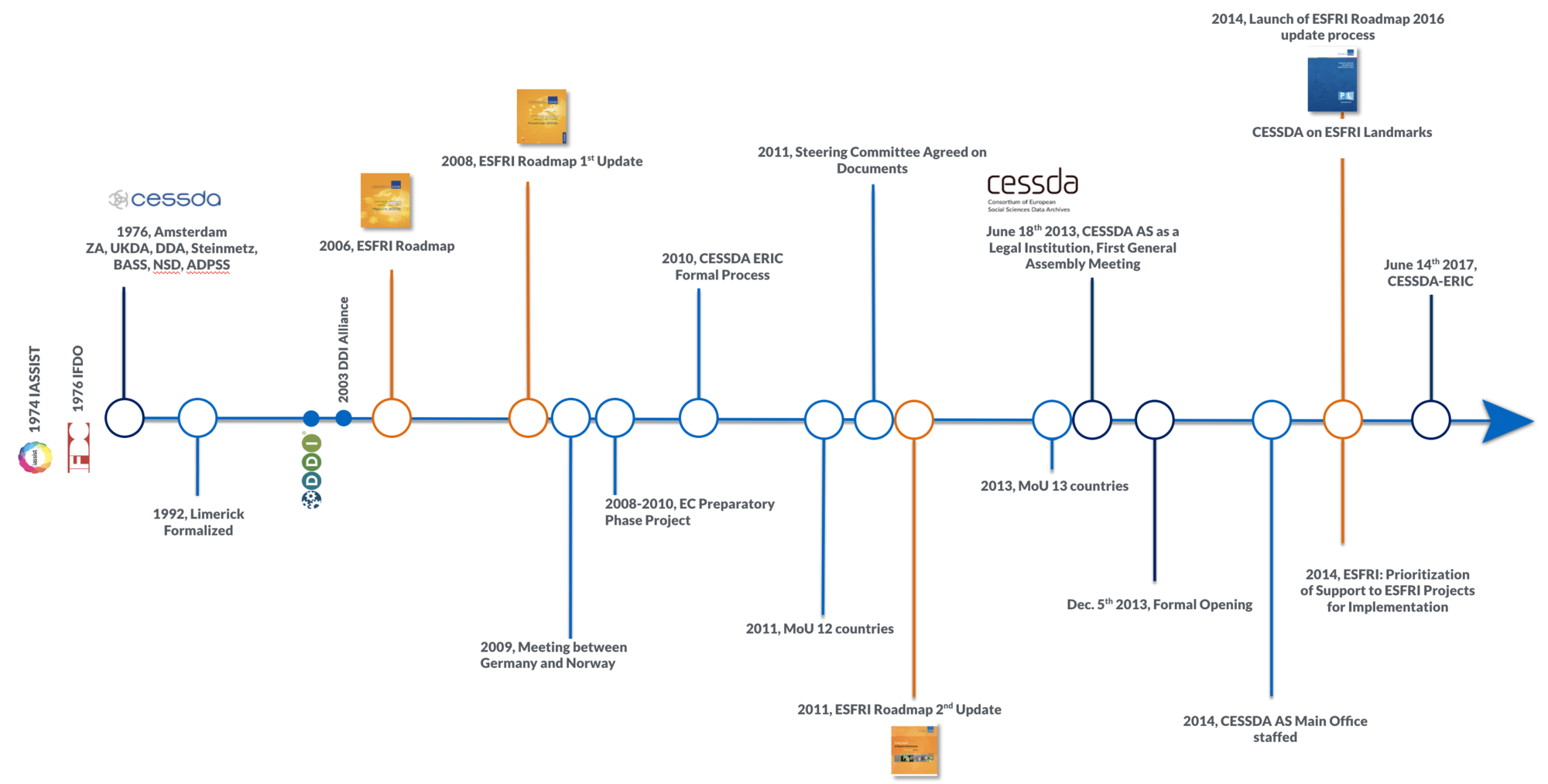 Previously, CESSDA had been established as a permanent legal entity owned and financed by the individual member states’ ministry of research or a delegated institution (in June 2013), with its official launch in Bergen on 5 December 2013. For four years, CESSDA AS was a Norwegian limited liability company solely owned by the Norwegian Ministry of Education and Research, and functioned as the legal vehicle for the consortium. It was based on a Memorandum of Understanding (MoU) between the Ministry and each of the members. The consortium was organised as a distributed infrastructure where each member, represented by a national research authority, had a designated Service Provider that meets specific demands and requirements specified in the Statutes.

Each member was represented by a national institution, a Service Provider, which was responsible for providing relevant services. The Service Providers constituted the CESSDA main resource, and CESSDA integrated the work of the Service Providers by establishing a one-stop shop for data location, access, analysis and delivery. It was mutually agreed to support software development in order to increase the quality of available data, to make data available from sources outside CESSDA, to create a more dynamic knowledge management web, to contribute to metadata initiatives, to improve existing technical infrastructures, to promote capacity building, to support less developed and less well-resourced organisations, and to work toward a widening of CESSDA.

On 30 June 2010, the CESSDA PPP project came to a formal end. It was a direct result of the CESSDA research infrastructure being identified by the above mentioned ESFRI Roadmap exercise as a research network of excellence. The work carried out during the project period served as a basis for the construction phase of the new European Research Infrastructure Consortium that exists today. For more information on CESSDA PPP, please vist the project website.